The Cry at El Cinco de Noviembre.  Upon the request of the Iloilo Revolutionary Council to start hostilities, Gen. Aniceto Lacson of Talisay, the military commander of Northern Negros went to Silay in November 3 to meet Nicolas Golez, deputy military commander, Leandro Locsin and Melecio Severino.  They set the date of the uprising on November 5, 1898.  Messengers were sent out to inform the hacienderos to bring the troops armed with bolos and machete.  The pistols and rifle were not even enough to arm 15 people. 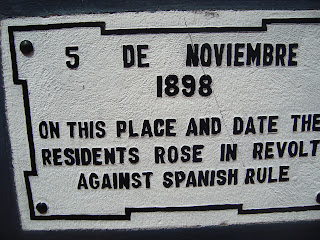 On November 4, the Silaynon rebels cut off all telegraphic wires.  The repairman was sent into Silay but the residents did not allow the connection. 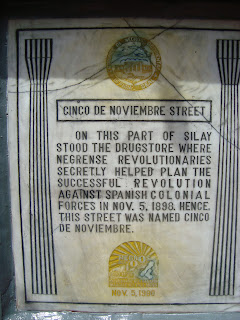 Cinco de Noviembre played a significant role in the history of Silay.  On that day at about 2:00 in the afternoon, Silaynons gathered in the street corner now known as Cinco de Noviembre Street and from there they proceeded to the Spanish garrison near the Catholic Church.  It was a bloodless revolution.  At first, the Spanish civil guards refused to surrender but after the negotiation with the revolutionaries through the help of Juan Viaplana, a local Spaniard, they surrendered.  The agreement papers mentioned that the civil guards gave up only after a heroic resistance against overwhelming odds.  It was done to save Spanish honor.  The Philippine flag made by Olympia Severino, Eutropia Yorac and Perpetua Severino was raised for the first time at the plaza on that memorable day – Saturday, November 5, 1898.  Leandro Locsin was acclaimed temporary president after the signing of the terms of surrender.  Timoteo Unson and the group of Silaynons marched to Talisay to join forces with the Talisaynon for the attack of Bacolod. 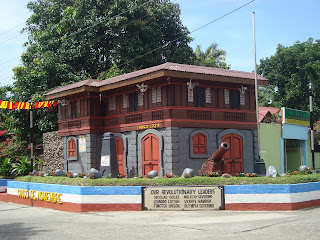 Silay City commemorates this day by staging a reenactment of the march from the marker up to the plaza.  This day is also called the Negros Day which is a non-working day in the province.  The City Government of Silay has cultural activities in the plaza.  Dances, selling of vegetables and home-grown delicacies. 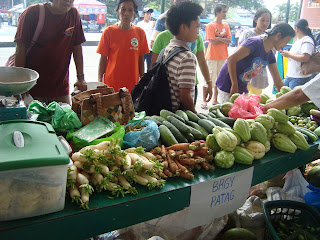 The Negros Cultural Foundation also holds the 14th Adobo Festival at the Balay Negrense grounds.  Highlight is a cooking competition of different kinds of adobo. 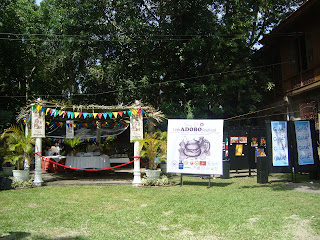 The grounds is laden with tables and chairs to create a fiesta ambiance.  Lunch consists of different kinds of adobo.  From seafoods to vegetables to pork and chicken. 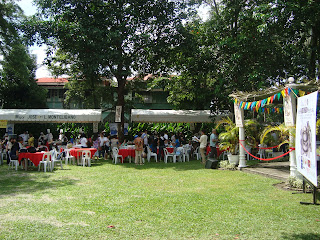 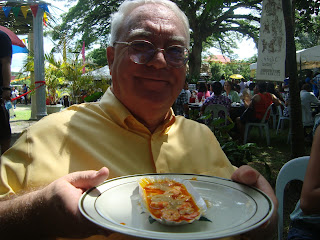 It is a fun day for the people who gather each year.  Always looking forward to new recipes in the competition.  For the first timers, they are always awed by the wide variety of our Negrense cuisine.
Source:   http://www.silaycity.gov.ph/content/silay-history
Posted by Viaje Negrense at 10:37 PM